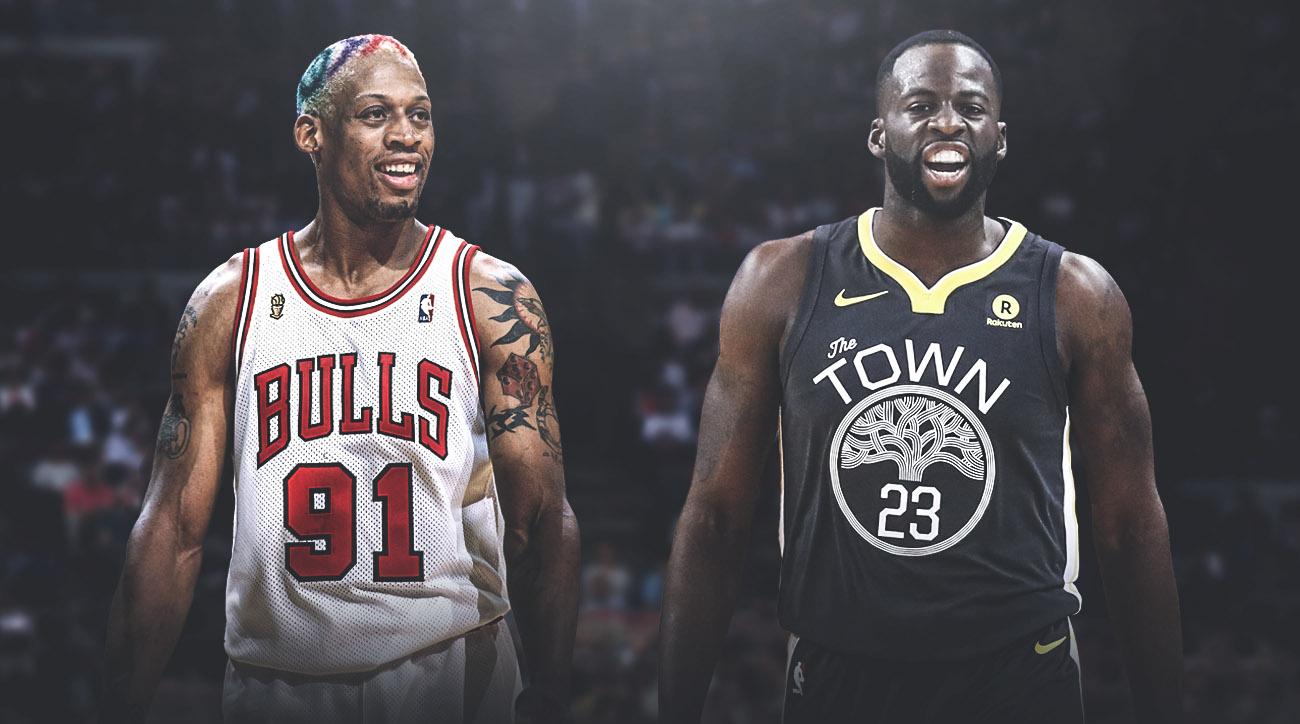 At Neverdated.ca we love revisiting the past and bringing it back out today, that’s why we love and sell throwback apparel. Dennis Rodman let Draymond Green have it, when Green said he was the greatest defender of all-time. When asked about that on ESPN First Take, The Worm (Dennis Rodman) replied: “He’d Be Eating Out of My Hands”.

Draymond Green as great of a defender that he is, I have Kawhi Leonard as the top defender since 2014. To all the young heads who never witnessed “The Worm” do his thing back in the day? “The Worm” maybe the only player in NBA history who could guard all 5 positions. It didn’t matter who was on the court whether it was, “His Airness”, “Magic”, “The Mailman”, Hakeem Olajuwan, David Robinson, Ewing, Pippen, Larry Bird, Shaq, Dennis Rodman went toe to toe with all of these greats many times, and most times he came out on top, and that’s why Rodman is not only the greatest defensive player but the greatest on “the boards” of all-time too.

2 thoughts on “Dennis Rodman on Draymond Green: “He’d Be Eating Out of My Hands” (Video)”